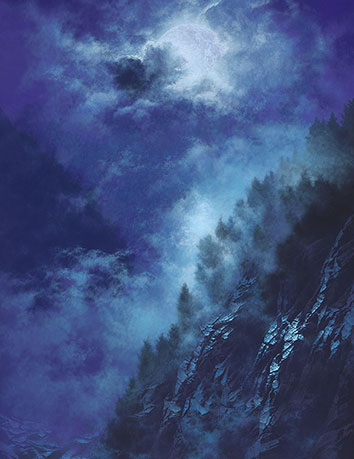 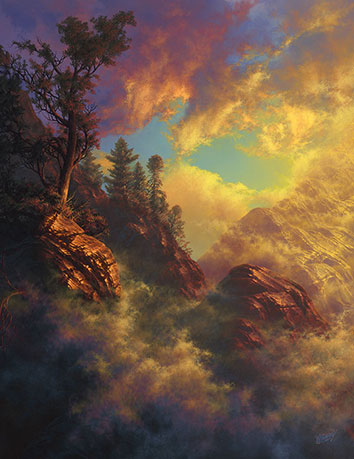 About Pete Wilkinson the Artist

Born in Tucson Arizona, Pete Wilkinson has never forgotten the light and clarity that he experienced everyday, looking at the Catalina Mountains.  At an early age he displayed a natural talent, drawing anything and everything that interested him.  Art and music have always been part of Wilkinson’s life, no matter where it’s taken him.

Already holding a bachelor’s degree in Industrial Design, Pete decided to further his illustrative abilities.  While spending time in the Advanced Illustration Program at California State University Long Beach one of his instructors urged him to “just get out there and start doing it”.

In the 1990’s Pete did commercial illustration projects for major corporations.  Feeling a lack of creativity he decided to paint one of his current passions at the time, marine life.  This ultimately led to several successful fine art shows in Japan, which over the years included multiple genres.  Despite the success he was enjoying, Pete wanted his paintings to be more of an expression of who he is, and where he comes from.

The everlasting impression of colorful skies and southwest landscapes inspire Pete’s dramatic creations.  Being a self-taught artist, and using his imagination, the scenes are usually not location specific, but rather designed in his mind.  An affinity for colored light brings to life a celestial dreamlike quality in his paintings.  Never satisfied with the ordinary, he creates each piece to be as unique as the viewer.

All Images Acrylic On Canvas